available for many of our past works

a novel of promises broken or kept

A casual barstool conversation with a mystery man— perhaps a Las Vegas bigwig, perhaps a sociopath— hooks chronic loser Vern McGurren on the deal of a lifetime, spurring a road trip from Chico CA, across Yosemite and Death Valley to the monumental stone outcrop of New Mexico’s Shiprock. It’s a shot at bridging the gap between a desperate father, a suicidal son, and an exiled firstborn who know each other only too well, while leaving the gritty mother behind to grapple with dread. But they veer into an hallucinatory replay of the mythic Abram/Isaac sacrifice. 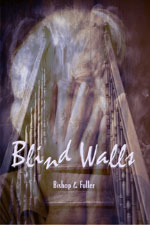 a novel of blue-collar ghosts

It’s a monstrous maze of a mansion, built by a grief-ridden heiress. A tour guide, about to retire, has given his spiel for so many years that he’s gone blind. On this last tour, he’s slammed with second sight. He sees the ghosts he’s always felt were there: the bedeviled heiress, her servants, and a young carpenter who lands his dream job only to become a lifelong slave to her obsession. The workman’s wife struggles to make it to shore, but he’s cast adrift. And the tour guide comes home to his cat.
(Read reviews here) 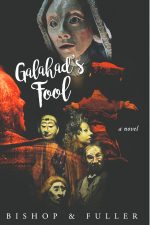 A year after his co-creator Lainie’s death, an acerbic veteran puppeteer struggles to build a solo show. But what Albert Fisher intends as a lightweight spoof turns sharply personal, and he births a raw myth of loss. His aging, pot-bellied Galahad, bereft of youthful vision, launches a second mad quest for the Holy Grail. To follow, his wife secretly disguises herself as their frail, androgynous Fool. As the show evolves, Albert finds kinship with his grieving hero and opens to the risk of new love. 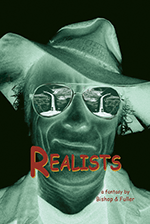 In the near future, insane politicos reign and dreams are taboo. A motley band of innocents, targeted as terrorists, plunge to certain death, but by a stroke of lunatic physics plop onto Smoky’s ramshackle westbound tour bus, pursued by an empire gone loco.

Amid ghost buffalo and disappearing cities, improbable lovers split and rejoin, children find magic, and a ragtag bunch of loners and seekers bond into a tribe of survivors, weaving a new reality with magic as the warp, love as the woof.

Co-Creation: Fifty Years in the Makingbook 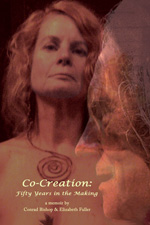 In the course of their fifty years of marriage, Bishop & Fuller have collaborated as performers, playwrights, producers and puppeteers in bringing hundreds of stories to thousands of audiences. Now they tackle their own story— a chronicle of play-making, parenting, uprootings, successes and failures, polyamory, spiritual quests, strict accounting practices, dancing naked around bonfires, and perpetual improvisation. (Read excerpts and see photos here)

Rash Acts: 35 Snapshots for the Stagebook 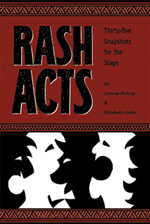 A new, expanded edition of unique comedies, nightmares, and quirky dramatic portraits drawn from 45 years of touring by two of America’s landmark theatre ensembles. They have also been produced by numerous schools, colleges, and theatres throughout the US.

This work has a cabaret spontaneity and ferocity combining laughter, insight and shock that should penetrate the protective shield of any audience. Rash Acts’ innovative style and use of language carve out new territory for the American short play.

Mythic Plays: from Inanna to Frankensteinbook 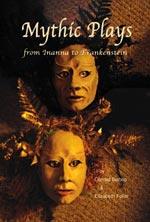 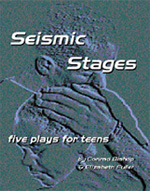 Three one-acts, including A Friend from High School, Get Happy, and Success, plus Family Snapshots and Dividing Lines, a medley of 30 micro-plays.

These pieces for the stage range from the comic pathos of a widower bedeviled by telemarketers, to the stark confession of a man who has murdered a young boy, to the farcical warfare between four sets of apartment-dwellers, and more. Seismic Stages is highly recommended for school and community theatrical collections and is enhanced with prefaces revealing how the individual pieces were engendered and suggestions for staging them.